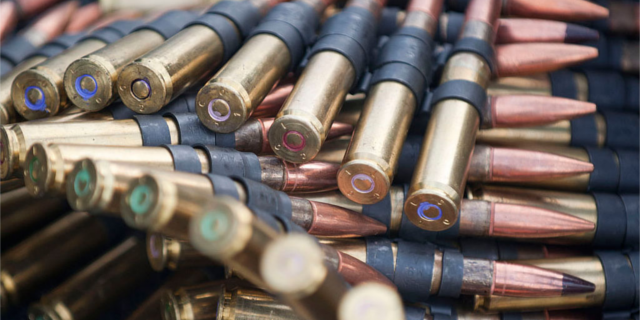 Friends and Neighbors in the Arms Trade

Can Illicit Arms Sales to Embargoed States be Inferred from Neighboring State Behaviors?

Why do arms embargoes fail? Despite their frequent use by international organizations like the United Nations and the European Union, arms embargoes suffer from a poor record of success. For half a century now, multilateral arms embargoes have been the primary tool used to fight the proliferation of small arms and light weapons (SALW) to conflict zones and perpetrators of mass violence. These agreements between countries prohibit the sale of weapons to a particular target country (or sometimes a target organization). However, official reviews and academic studies alike tend to conclude that small arms are still making their way to embargoed actors.

Black markets are often cited as a source of this failure. Still, no large-n studies have presented evidence of increased black market activity in the presence of embargoes. To remedy this, I look for evidence of black market activity in records of legal arms trades. The data reveal that arms embargoes are associated with a substantial increase in the value of arms imports into nearby states. Given previous research on the nature of black market arms trade, this seems likely to result from an incentive for neighboring states to import more weapons that will then be transferred illegally to the embargoed state.

Black markets are of particular concern in situations where the legal supply of weapons is low but the demand is high. These circumstances often apply to criminal organizations, rebel groups, and embargoed states. While these illicit trades are difficult to collect data on systematically, most of the weapons involved begin as legally-traded arms. They are traded legally and then diverted from their authorized recipients. Arms embargoes provide an interesting case for the study of illicit arms. Those countries that border embargoed states can take advantage of their shared border to traffic illegal arms to the embargoed neighbor without fear of discovery by a third party. Therefore, if embargoed countries circumvent those embargoes by purchasing arms illicitly, we should expect to see an increase in the arms imported to their neighbors.

I have used data on multilateral arms embargos and legal arms transfers to test this proposition. Statistical models reveal that arms embargoes are indeed associated with greater levels of weapons imports in nearby countries. In fact, the predicted increase is substantial: those countries that border embargoed countries are estimated to import 38% more arms than they would have had they not been neighboring an embargoed country (measured in value, constant 2000 USD). This can translate into hundreds of thousands or even millions of dollars worth of additional weapons. Furthermore, this result takes into account both domestic and international conflict as well as other predictors of arms imports like the overall level of arms imports to the region, government type, and GDP per capita. On the other hand, this analysis indicates that arms embargoes are indeed effective at stemming the flow of legal arms into embargoed countries. Countries targeted by an embargo are predicted to import, on average, 63% fewer arms than they would otherwise.

Arms embargoes appear to effectively decrease the legal, or recorded, sale of arms to target states. However, this effect is accompanied by a significant increase in the level of arms imported to the surrounding region. Absent other possible explanations, it seems likely that many of these arms are destined for the embargoed country. Effective arms control measures must account for the regional conditions that may undermine nonproliferation efforts.